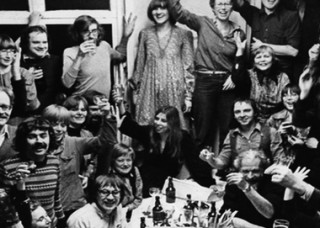 De Groene Amsterdammer is an independent Dutch weekly newsmagazine published in Amsterdam and distributed throughout the Netherlands. It is conventionally considered to be one of the four most influential written media in its sector.

During the German occupation De Groene Amsterdammer recommended its readers not to resist the German forces. Over the course of time the magazine manifested itself in Dutch media with a wide range of subjects being published about, varying from philosophy, politics and literature to the liberal arts. De Groene Amsterdammer, unlike its name suggests, shows a keen interest in international subjects, with a network of freelance correspondents in various countries over the world.

The weekly magazine is generally considered to be intellectually left-wing and progressive. This stance was particularly apparent in the 1980s. In 2009 the magazine was described as progressive and liberal.

Letters to or from De Groene Amsterdammer