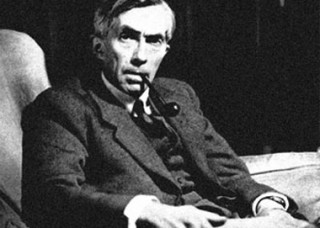 Sir Henry Roy Forbes Harrod (13 February 1900 – 8 March 1978) was an English economist. He is best known for writing The Life of John Maynard Keynes (1951) and for the development of the Harrod–Domar model, which he and Evsey Domar developed independently. He is also known for his International Economics, a former standard textbook, the first edition of which contained some observations and ruminations (wanting in subsequent editions) that would foreshadow theories developed independently by later scholars (such as the Balassa–Samuelson effect).

After the death of his Cambridge friend and colleague, the economist John Maynard Keynes, in 1946, Harrod and Austin Robinson wrote a lengthy obituary of Keynes for The Economic Journal. At the encouragement of Geoffrey Keynes, Harrod then undertook the task of writing a major biography of Keynes. The Life of John Maynard Keynes was published to widespread acclaim in 1951, at a time when most of Keynes’s family and friends were still alive.

Although Harrod is remembered for his contributions to growth theory with his Harrod-Domar growth model, some argue that he was the first Post-Keynesian economist to provide a detailed institutional exposition of the theory of endogenous money. In his book Money he provides a detailed institutional discussion of how the contemporary monetary system operates. He highlights, among other things: that loans create deposits; that central banks attempt to control the level of economic activity through the influence they exert on interest rates; and that central banks automatically extend funds when government borrowing puts upward pressure on interest rates. This last point discredits the mainstream views on crowding out and makes Harrod an early progenitor of the Modern Monetary Theory school of economics.

Letters to or from Harrod R.F., Roy