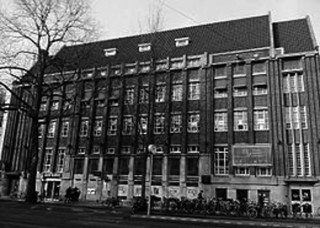 Lippmann, Rosenthal & Co. or Liro was a Dutch Jewish bank, located at the Nieuwe Spiegelstraat in Amsterdam.

During the second World War, the Germans used the name of the bank for a separate branch, located at the Sarphatistraat. This branch was used for robbing the Dutch Jews, mainly living in Amsterdam, of their possessions. Not only bank accounts at other banks were confiscated, Jews were also forced to deposit their art collections, jewels etc. at this bank. If a Jewish family was deported from their home, their possessions were sold. The money was used for various purposes, for instance the financing of the Westerbork transit camp. High level Nazis could pick from the art collections. In addition, important artworks were sent to German museums.

After the war, the original bank had lost its good name, and was finally taken over by another bank, the Hollandse Koopmansbank.

Letters to or from Lippmann, Rosenthal & Co.