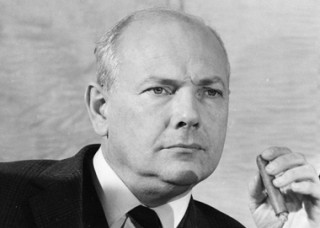 He was seen as an idealistic, but also polarizing politician. Throughout history, Dutch political leaders have tended to soothing manners – Den Uyl was one of a relatively few exceptions. People either loved him or hated him. Followers of his idealistic policies called him Ome Joop (Uncle Joop). He was criticized for creating a budget deficit and polarizing Dutch politics. Associated with Den Uyl was the maakbare samenleving (the makeable society, the idea that society is constructed and that government is a player in the construction). Another idea associated with Den Uyl was de verbeelding aan de macht (imagination in the driver’s seat, the power of conceptual thinking, particularly in politics).